I have been mired in a slush of mucusful unpleasantness for almost two weeks now. It started with an ordinary cold, then spiraled up into a horrifying mess of hacking, choking, spitting foulness. Oh yes, it’s been a delight.

When I finally dragged myself and all my attendant putrefaction over to the urgent care two days ago, the universe saw fit to bestow upon me several gifts. First, the waiting room was EMPTY. Next, my doctor was a friend from church, which was nice because just in case the army of green horror-warriors in my head and chest finally rose up to choke me to death, I’d much rather the last face I see be that of someone I know and like rather than a stranger. The last gift? Codeine. It trims the edges off the misery and makes them all fuzzy.

Then, whaddya know? I got a blog award! Actually, I got the same award three times, which is triple the awesome, obviously. Thank you to Meagan at The Pretend Writer, Geninabug at My Beautiful 604, and Abby’s Mommy at 365 Days: 30+ Mommyhood! 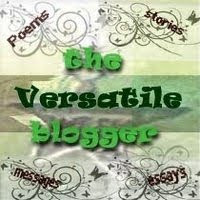 This is what the award looks like. I’m not going to put it up yet. With NPS moving soon, I don’t want it to get damaged or broken so I’ll wait to put it up in the new digs.

A caveat: you see where it says “poems” on that award? Never gonna happen. I haven’t written a poem since my teenage angst phase and no force on heaven or earth would convince me to let any of those see the light of day. It makes me shudder to think of it.

There are rules for the award, of course:

I have thanked them all, but here is a basket of virtual muffins because I am a very generous person. 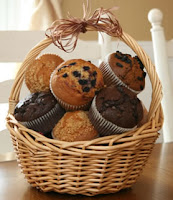 It seems appropriate that the seven things have a theme, so I have chosen this:

The Seven Ways I Am a Ninja

Now I’m supposed to award the award to 15 other award-worthy bloggers. I’m going to focus on blogs by parents raising children with mental illness. Please support these bloggers! They are living challenging lives, raising their kids with behavioral and emotional differences and some words of love and support will mean a lot. The envelope please…

I got this blog award AGAIN! I’m quadruple awesome! Go visit Brandee at Chill Mama Chill to help her out. No, seriously. She’s apparently living in fear of the zombie apocalypse. That’s silly because obviously the vampires will come first and kill us all before the zombies even get started.

This site uses Akismet to reduce spam. Learn how your comment data is processed.

People who equate truth with fact are missing the point.